History of the Rhine Tower

The Rhine Tower, Dusseldorf's most recognisable landmark created by architect H. Deilmann and build in 1979 – 1982, is situated on the edge of the city centers southern district at the entrance to the Media Harbour, directly next to the North Rhine-Westphalian state parliament and the WDR. Positioned at the top of the tower at a height of 172.5 metres, is QOMO, a restaurant featuring 144 seats, rotating around its own axis once every 72 minutes.

This includes the viewing platform M168 (168 m) with snack bar and event areas, featuring a breath-taking view of the Rhine metropolis: The Media Harbour, historic towncenter, Hofgarten, Königsallee and the Rhine with its numerous bridges lie at the foot of the Rhine Tower. If the weather is fine, the view extends as far as Cologne Cathedral. The two public lifts bring visitors to the various levels at a speed of 4 m/s. 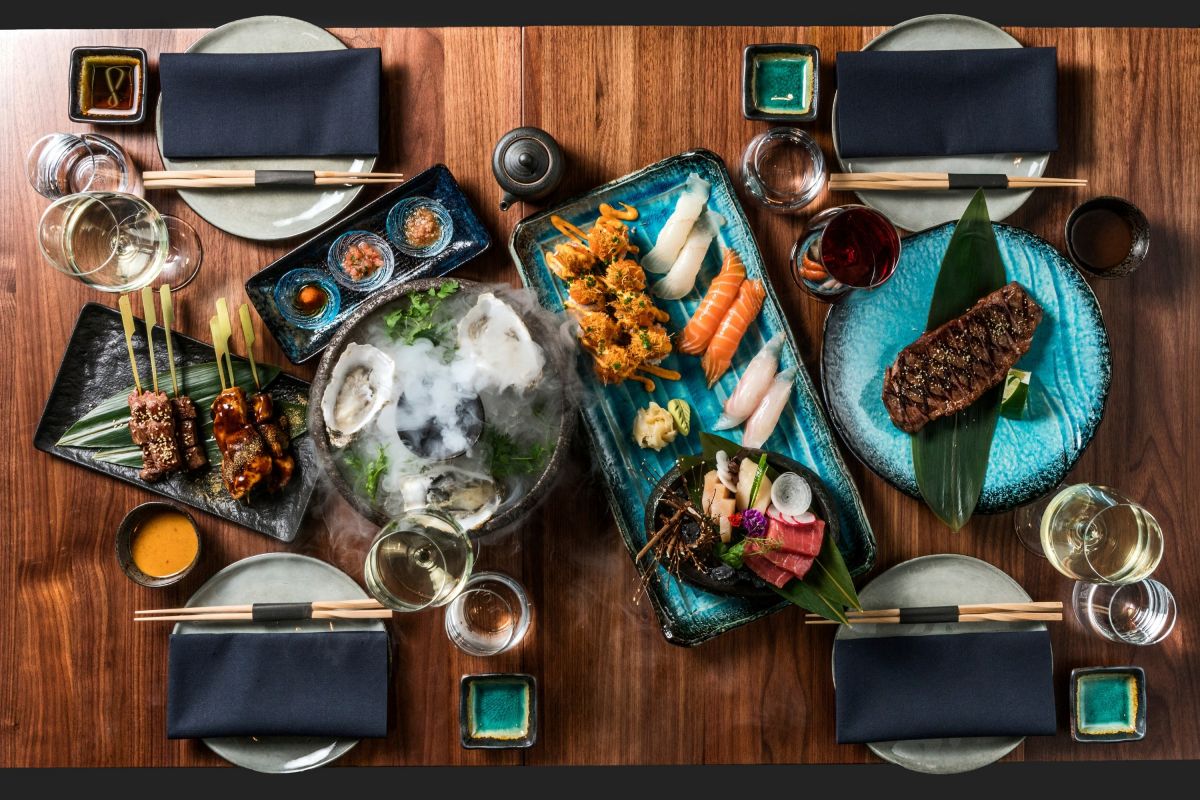 In the truest sense of the word it is heaven on earth or – if you prefer – the earth has received a part of heaven.
The QOMO restaurant in the Rhine Tower. A name that provides a home for the fusion japanese kitchen style, which is as creative as it is new. Modern Japanese cuisine from the other side of the world enchants us with a taste experience which is quite rare in Europe in this exciting form. Asian influences with an European touch, and Japanese aesthetics in one of the most unusual locations that the restaurant scene has to offer in Germany. Culinary peaks at 170 metres above sea level. The rotating restaurant spins the senses, opening them up to a completely new window onto a world of far eastern cuisine with European influence. 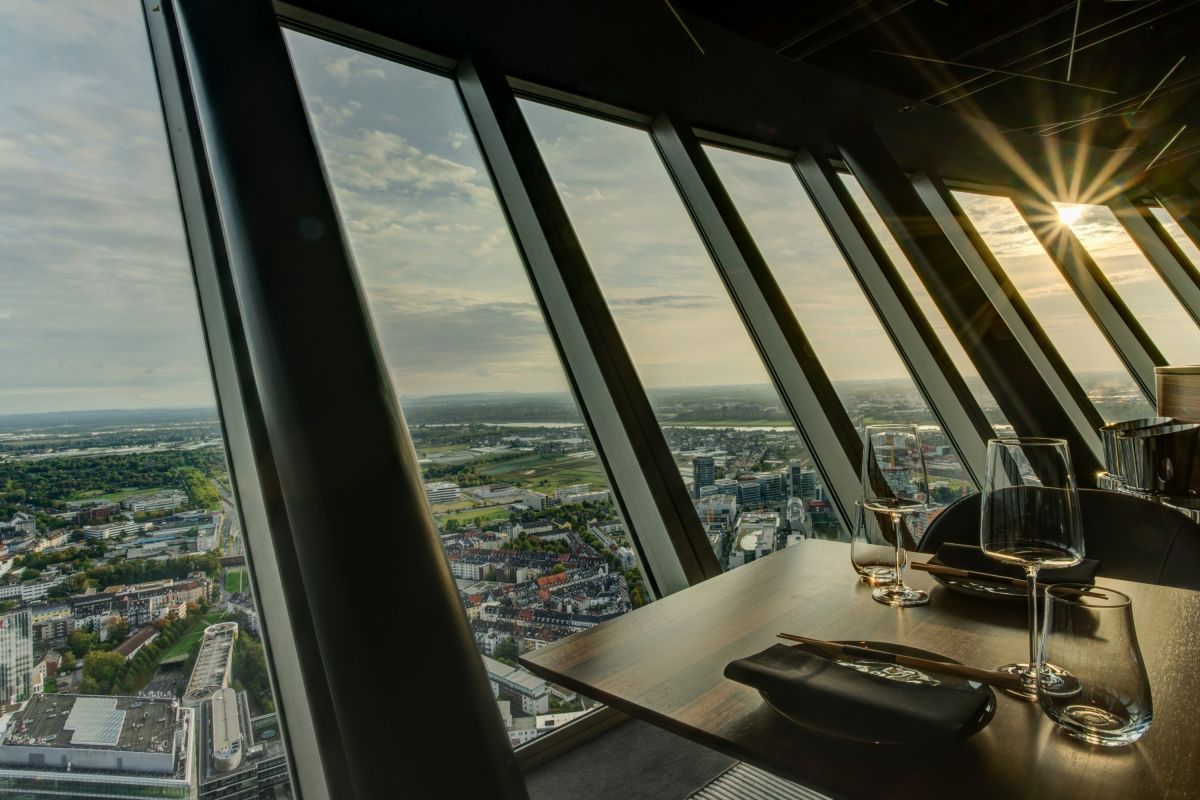 Small snacks, big emotions. Allow your eyes to wander and enjoy the lofty heights. The world is at your feet as you walk around, and the room spreads out over 360 degrees. A very special experience. What could be better than enjoying these moments with a small refreshment or a snack? The world is a great place, and from up here it presents itself from its most beautiful side.